Since incorporation (1986), a foundational and integral part of MHRC has been the desire to ‘seek and or provide training’ for the members of the community, as a means of increasing their capacity and ability to manage, control and create business opportunities. The role has been an official part of Marthakal operations since 1998/ 1999, when it became a service provider as part of the Federal Government, Community Development Employment Program (CDEP). Marthakal has expanded with current services & business activities that include health, housing maintenance, municipal services, infrastructure, natural resource management, community development, employment, transportation, business and economic development. 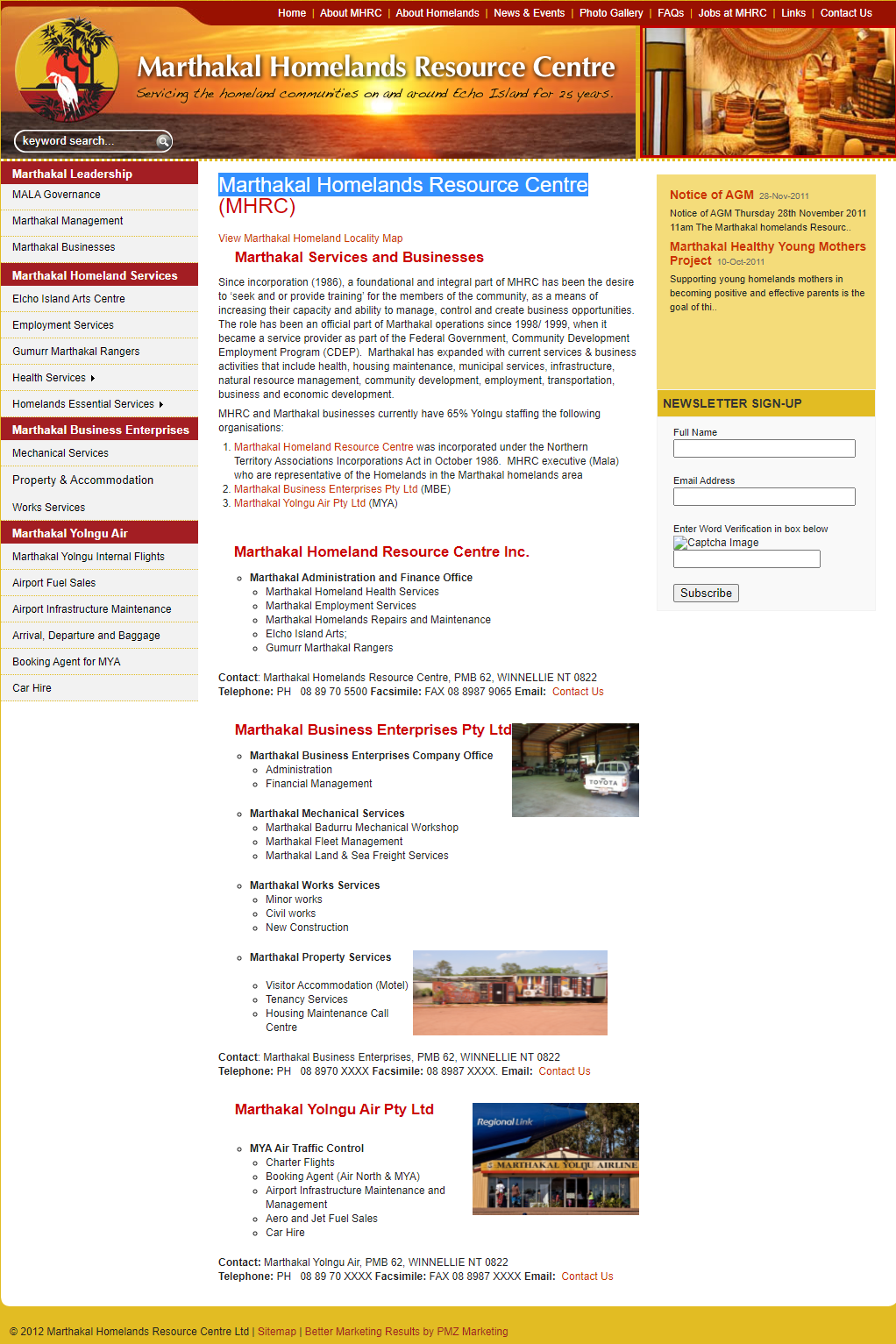